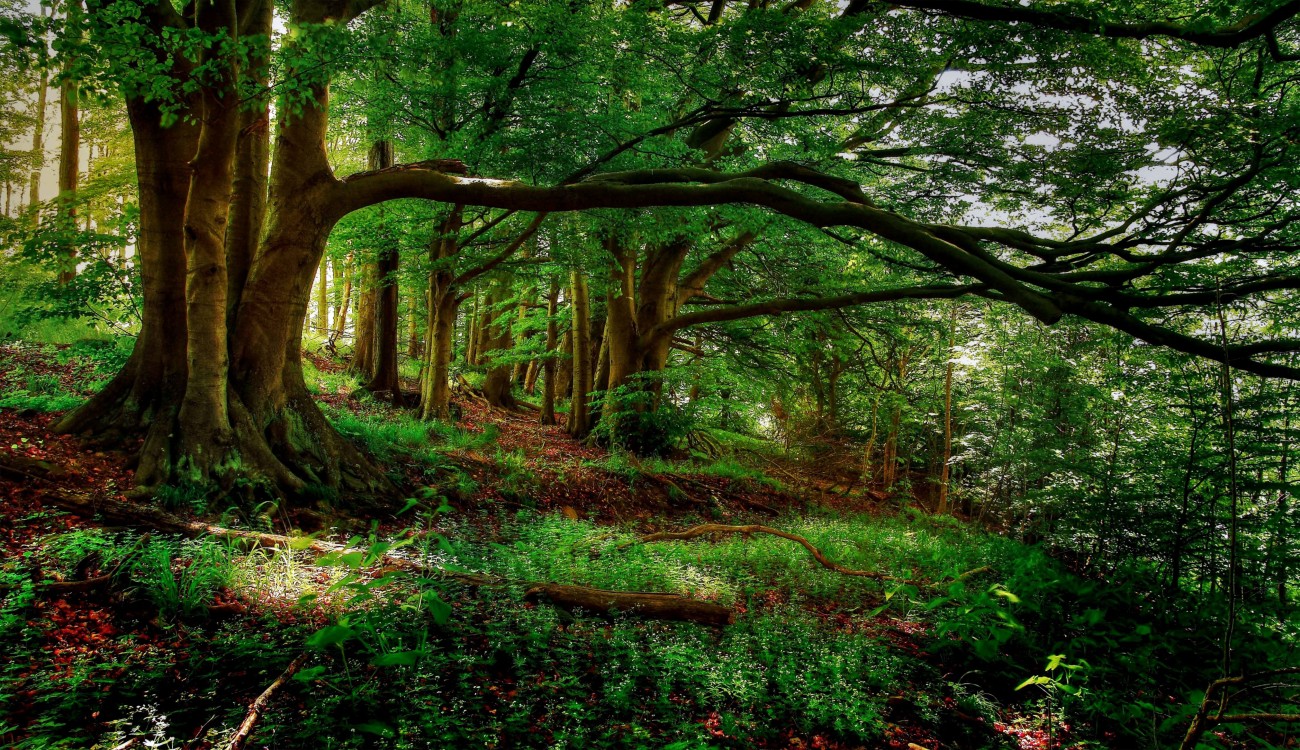 The discussion on ‘Economic Development’ as a national goal, must demonstrate a perspective strongly rooted in modern science. However, the goals of today suggest that our appreciation of the scientific method of evaluation is a little short. Nevertheless, it is hoped that Sri Lanka’s contribution at the Rio + 20 and at other international conventions that discuss the common future of mankind can propose something innovative rather than the mediocre dribble of the past. Having been party to these processes, the probability of a repetition of past mediocrity is great. Thus in the interest of the profile of this nation and in the interest of a benign future for our children, the following reasoning is advanced. One hopes that the Sri Lankan delegates to the various international conventions this year will raise the need to ‘value photosynthetic biomass’ at all plenary sessions as a national contribution.


Life on Earth learnt how to maintain gas and material flows, optimum for the evolution and sustainability of biodiversity. Carbon Dioxide, although essential to the process of life, was often introduced into the atmosphere by volcanic processes at disruptive levels, throughout geologic history. But the gas has not concentrated in the atmosphere, because it was sequestered by living things and put away out of circulation from the biosphere of living carbon, so that the environment was stable for life. This store of carbon was fossilized and has been slowly accumulating over the last few hundred million years and has acted as the storage of excess carbon.


In our rush to create the new petroleum and coal driven economy, this very simple and fundamental fact has been ignored.Carbon that cycles through living systems represents a fixed proportion of the planetary carbon, one part solid, like the carbohydrates in trees and one part gas, as in atmospheric Carbon Dioxide gas. If excess Carbon Dioxide enters the atmosphere through tectonic processes such as volcanism, photosynthetic activity removes this excess carbon dioxide from the biosphere and that excess is deposited as fossils to enter the lithosphere(rocks), never to interact with the biosphere again. This deposition is translated into vast quantities of fossilized carbon that has been removed from the biotic/atmospheric cycles. Unlike the biotic cycles of Carbon that stay deposited for tens of thousands of years. The fossil pools have deposition lifetimes of tens or hundreds of millions of years.

There have been fluctuations of Carbon Dioxide in the atmosphere in the past but equilibrium was gained and balance was restored. All this was long before humans.

The first human driven change that affected the local and regional climates was the massive loss of the global forest stock with the advent of colonization. This loss represents a debt to every nation that lost its forests as well as a debt to planetary atmospheric equilibrium. This debt can be settled by re-establishing the sequestered stocks of carbon that were lost by reforestation. But once this debt is settled there will be no more room on this planet to plant more trees to sequester the fossil carbon that is currently being released so irresponsibly.

Fossil carbon is the principal driver of climate change. As a substance that is over at least twenty million or more years older than the timber of the forests that were lost, it represents a material with a far higher carbon cost than a forest. It is also a fact that the levels of Carbon Dioxide, a major atmospheric gas are increasing in the atmosphere. This increase is linked to the destabilization of the climate, the burning of the fossil stock of Carbon being the principal driver of change. It is now very clear that the stability of planetary climate cycles are in jeopardy and a very large contributory factor to this crisis is the profligate activities of modern human society. It is the same activity that fuels the current vision of ‘Economic Development’ in Sri Lanka. The entire infrastructural investment, be it stadia, complexes or towers, require enormous amounts of energy for their operation. As our sustainable energy production is abysmally low, we will have to provide fossil energy to maintain this infrastructure, an activity patently destructive of the global climate equilibrium. 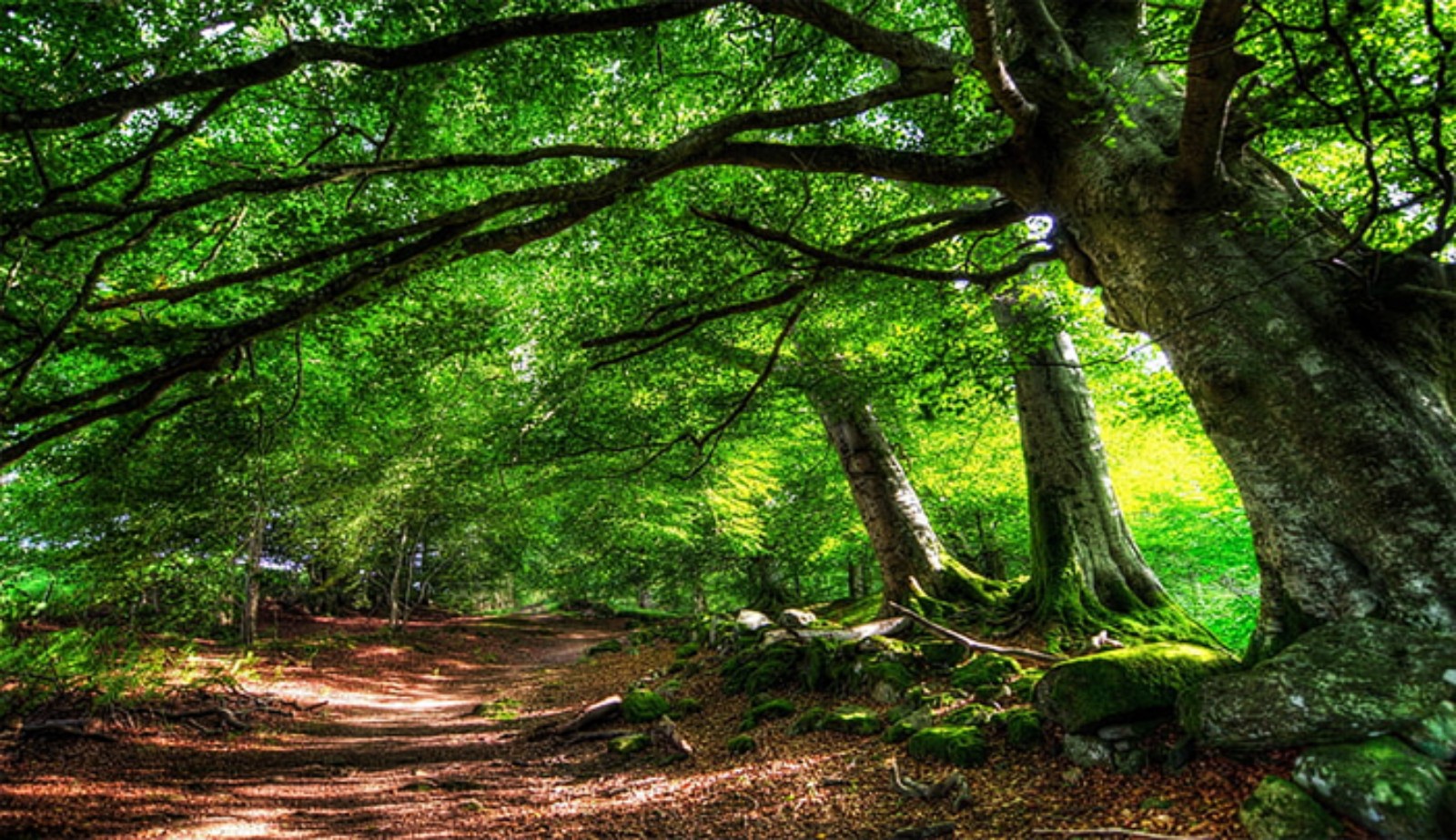 Another area of concern is that the system of agriculture that our farmers have been lured into. Through this type of agriculture they have been made addicts to fossil fuel energy for motive power and fertilizers. Not only do we loose vast sums of money and add to a decline in health, both human and environmental; we also have this nation adding yet another burden to the planets climate stability. In short we are ‘bankrupt’ as an independent, agricultural nation, also very cynical if we ever claim to be ‘green’ on any international stage.


On the wider picture, it is common knowledge, that there is a value difference between fossil derived Carbon Dioxide and biologically cycling Carbon Dioxide, but this fact has been ignored by the so-called ‘scientists’ who run the IPCC. Any high school child will know this fact, but it is ignored by the ‘climate scientists’ who claim to know best. Whatever their motives, the value differential of these cycles, biotic and fossil, must be recognized. Biotic carbon operates on time frames of tens or hundreds of thousands of years and fossil carbon in tens or hundreds of millions years. Further, fossil carbon never interacts with the living or biotic cycle. Fossil carbon entering the biotic cycle is the fundamental reason as to why there is an accelerating climate change effect. However, the growing of trees to compensate for fossil carbon and paying the same price as for biotic carbon is unfair and tantamount to ‘carbon laundering’. There is no way to equate the carbon from oil and coal with the carbon from a forest. One has a space in the biotic cycle the other does not. Carbon that cycles through living systems represents a fixed proportion of the planetary carbon thus there is no space in the atmosphere for fossil derived Carbon Dioxide.

Carbon Dioxide is extracted from the atmosphere by plants and converted into a solid form. This process has been hailed as a tool by which the problem of increasing gaseous Carbon can be addressed. ‘Plant trees which soak up the carbon dioxide’ the reasoning goes ‘and you can contribute to reducing the atmospheric burden of that gas’. Living woody biomass has been the first and logical candidate to be used as a potential tool in sequestering atmospheric carbon and has been featured largely in ‘Carbon capture’ projects. Although the volume of living biomass has now been measured on most global models of carbon cycling and this measure is being used in the evaluation of carbon stocks, there is a an urgent need to address the fundamental differences between the components of living biomass, photosynthetic biomass and respiring biomass.

Photosynthetic biomass performs the act of primary production, the initial step in the manifestation of life. The biomass so termed has the ability to increase in mass through the absorption of solar or other electromagnetic radiation while releasing oxygen and water vapour into the atmosphere. Respiring biomass is that component of living biomass that uses the output of photosynthesis to make the complicated biological patterns of life; it consumes oxygen to power its functions, and does not have photosynthetic functions itself. This distinction would seem to be fundamentally important when assessing the value of biomass that is being addressed. It is only this photosynthetic biomass which powers carbon sequestration, carbohydrate production, oxygen generation and water transformation, i.e. all actions essential for the sustainability of the life support system of the planet.

Yet currently, it is only one product of this photosynthetic biomass, as sequestered carbon, usually represented by wood/timber, that is recognized as having commercial value in the carbon market for mitigating climate change. The ephemeral part, the leaves, are generally ignored, yet the photosynthetic biomass in terrestrial ecosystems are largely composed of leaves, this component needs a value placed on it for its ‘environmental services’.

It is not difficult to place value on photosynthetic biomass today. Initial computations are based on the current values of the carbon market are currently in excess of 125 billion dollars, assuming that the global market would pay at least a similar amount to maintain our life support system, the 93.1 billion tons of photosynthetic Carbon currently in stock would be roughly worth about 1.35 dollars per kilogram.

It is this biomass that has to grow in order to sequester the lost biotic Carbon. With such growth we will see more Oxygen, Carbon sequestering and water cleansing, throughout the planet. Much of the biomass to be gained is in degraded ecosystems around the planet, these areas are also home to the worlds rural poor, but what these degraded ecosystems do have, is great growth potential for generating photosynthetic biomass. If the restoration of these degraded ecosystems to achieve optimal photosynthetic biomass loads becomes a global goal, the amazing magic of photosynthesis could indeed help change our current dire course, create a new paradigm of growth and make the planet more benign for our children.

Instead of flogging the dead horse of fossil energy based growth as ‘Economic Development’, will we have the commonsense to appreciate the value of photosynthetic biomass and become the first country in the world to propose setting such a value? The realization of which will enrich not only our rural population but rural people the world over!

Biochar for any soil: A Better Approach to Sustainable Agriculture

Some fundamental challenges within agricultural practices comprise the enhancement of water retention and microbiota in soils, besides boosting the efficiency of fertilizers.

The role of soil organic matter in Agriculture

Soil acts as the main supportive structure for plants in agriculture and provides the main sources of nutrients and water to the plants. Soil is the combination of mineral fragments, water, air and organic matter.

Biochar to the agricultural fields increases productivity in many aspects and purifies the soil and enriches the unfertile soils with abundant growth of beneficial microorganisms.