Why Small Farms will be the backbone of food security

The ecological axiom that: ‘Energy flow through a system tends to organize and simplify that system’, is abundantly clear in agriculture. As farms moved from small interdependent units, bounded by fences and hedgerows, to large cropping fields to accommodate machine management, we lose the biodiversity that once existed on that landscape and the biomass that provided the Ecosystem Services. This sacrifice was rationalized through the invocation of economic profit. The economic ‘profit’ gained by subsidies on fossil fuel and uncontrolled extraction from the Global Commons. The ‘development’ of agriculture has become a race to control the commodity market. The farmer ceased to be a feature of the farm. In a telling statement, the farmers of Sri Lanka sent the following statement to the CGIAR in 1998 :

‘We, the farmers of Sri Lanka would like to further thank the CGIAR, for taking an interest in us. We believe that we speak for all of our brothers and sisters the world over when we identify ourselves as a community who are integrally tied to the success of ensuring global food security. In fact it is our community who have contributed to the possibility of food security in every country since mankind evolved from a hunter-gather existence. We have watched for many years, as the progression of experts, scientists and development agents passed through our communities with some or another facet of the modern scientific world. We confess that at the start we were unsophisticated in matters of the outside world and welcomed this input. We followed advice and we planted as we were instructed. The result was a loss of the varieties of seeds that we carried with us through history, often spanning three or more millennia. The result was the complete dependence of high input crops that robbed us of crop independence. In addition, we farmers producers of food, respected for our ability to feed populations, were turned into the poisoners of land and living things, including fellow human beings. The result in Sri Lanka is that we suffer from social and cultural dislocation and suffer the highest pesticiderelated death toll on the planet. Was this the legacy that you the agricultural scientists wanted to bring to us ? We think not. We think that you had good motives and intentions, but left things in the hands of narrowly educated, insensitive people.’

The diverse farm had to yield to production monoculture, which was made possible through the burning of fossil fuels. Ironically the burning of fossil fuels is the major reason for the current destabilized climate and threat to agriculture. One consequence of climate change is the predicted rise in global temperatures. If ambient temperatures exceed 40 degrees , which has become the reality in many places even today, food production will be compromised. All the food we eat originates with plants and plants produce using photosynthesis. Photosynthesis, or the capture of solar energy by plants, is done with chlorophyll, the thing that makes plants green and chlorophyll begins to break down after 40 degrees. Landscapes whose summer temperatures go beyond this limit will have smaller and smaller crops as the temperatures increase. The only solution to this oncoming crisis, is to begin introducing trees at strategic points on the landscape.

Trees and all other forms of vegetation cool the environment around them through the transpiration process, which takes place in the leaves. The water absorbed by the roots is sent up to the leaves which release it as vapor, cooling the air around it. Measurements on trees done by research institutions worldwide, indicate that an average large tree produces the cooling equivalent of eight room sized air conditioners running for 10 hours, a cooling yield 0f 1,250,000 Bthu per day. Plantations of trees have been recoded to have daytime temperatures at least 3 degrees below the ambient. This is an important aspect of Ecosystem Services that needs to be considered for adaptive agriculture.

Small farms which produce food with low external energy and maintain high biomass and biodiversity, are the models of food production that can face the climate compromised future before us. Capital, resource and energy expensive agricultural systems could fail in a high temperature future and threaten global food security, we need options. One would be to encourage a consumption and distribution system that facilitates small farmers to enter the market. Another would be to realize the value of the ecosystem services of a farm and develop systems to measure and reward. We are all aware of the future before us. Now is not the time to stand blinking like a deer facing the headlights.

But placing trees in and around cropping areas becomes a problem in large cropping fields designed to accommodate machine management. The management of such trees and hedgerows requires needs that cannot be provided without human management. Agricultural landscapes will need management that will be adaptive to the changing climate. An example would be; small interdependent units bounded by fences and that increase biodiversity and the biomass while providing Ecosystem Services.

Investment in food security, should take climate change seriously. All new agricultural projects should address the heat thresholds of the planned crops. The Sri Lankan country statement at COP 21 stated that :

“We are aware that the optimum operating temperature of chlorophyll is at 37 deg C. In a warming world where temperatures will soar well above that, food production will be severely impacted.”

“We are aware that the critical Ecosystem services such as; production of Oxygen, sequestering of Carbon, water cycling and ambient cooling is carried out by the photosynthetic component of biomass. This is being lost at an exponential rate, due to the fact that these Ecosystem Services have not been valued, nor economically recognized.”

These statements cry out for the recognition of the role that small farms will have to play in the future. In a temperature compromised future, small farms with high standing biomass, through their cooler temperatures will continue to produce food in heat stressed periods. If such Ecosystem Services can be given a value, it will strengthen the economy of small farms and ensure local, sustainable food production into the future.

Small farms which produce food with low external energy and maintain high biomass and biodiversity, are the models of food production that can face the climate compromised future before us. Capital, resource and energy expensive agricultural systems could fail in a high temperature future and threaten global food security, we need options. One would be to encourage a consumption and distribution system that facilitates small farmers to enter the market. Another would be to realize the value of the ecosystem services of a farm and develop systems to measure and reward. We are all aware of the future before us. Now is not the time to stand about, blinking like a deer in the headlights.

What is ‘Organic Agriculture’ and why is it important?

Organic Agriculture can be summarized simply as ‘Systems of agriculture that produces food and fiber free from industrially produced chemicals. 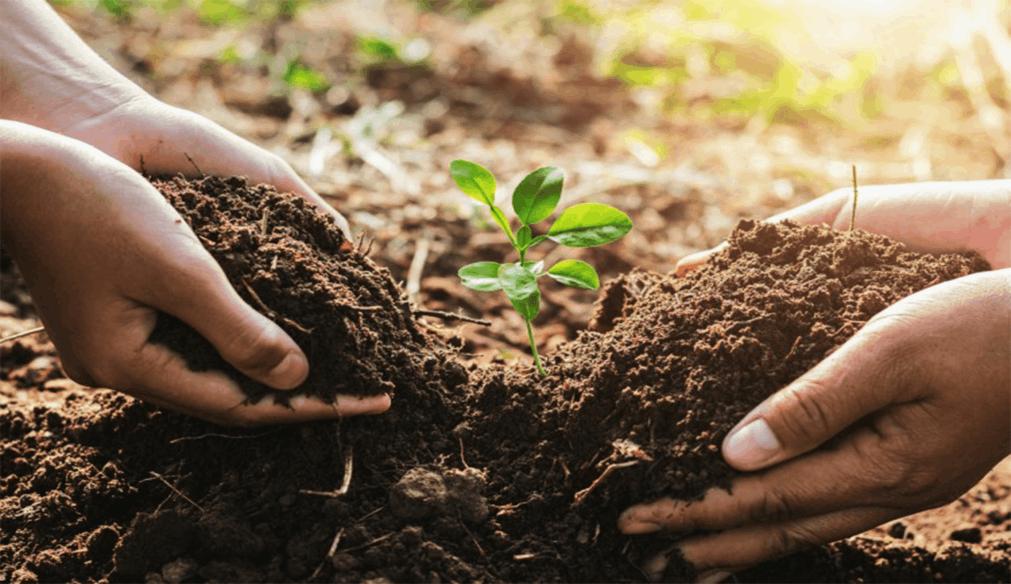